And Then-- There Was ONE 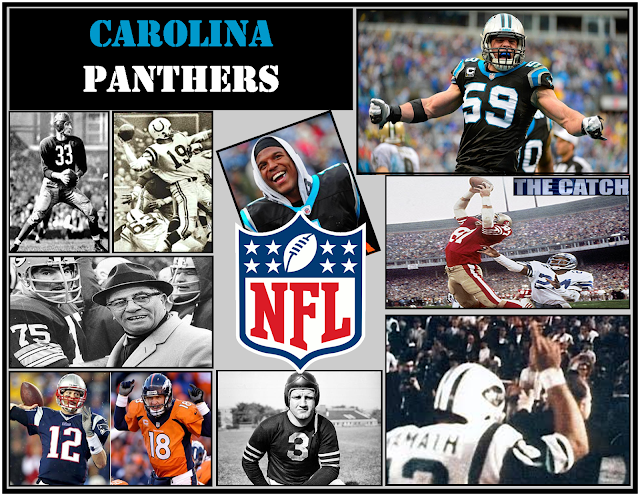 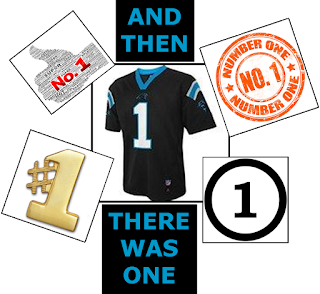 First of all, the Carolina Panthers became part of an elite group of teams--- just a handful--- who have started the season 11--0.  The eventual promise of an undefeated season seemed all the more attainable.  Five more games and we are in a select group of THREE-- with the 1972 Miami Dolphins and the 2007 New England Patriots.

History was made again on Sunday when the Broncos played this year's version of the Patriots in the snow at Denver and beat them in overtime, 30--24, giving New England its first loss of the season, and making CAROLINA the only undefeated team remaining in the NFL.

This is a prestigious, and also precarious, position for an NFL team.  On the one hand, we have made history.   We have NOT only broken all kinds of team franchise records, but now we are in the NFL history books as well.   But at the same time, we no longer have a measuring stick to gauge our progress.   It was good to look at the Cincinnati Bengals or the New England Patriots and say, "They may be undefeated, but --we-- are better than they are at  (fill--in--the--blank)".

But maybe having ourselves as our only measuring stick isn't such a bad idea.   I've heard the Panthers coaches and players saying that they were not satisfied by being undefeated-- they still feel they can be a better team, and want to improve each and every game.   Now, we no longer have someone else that we may look over our shoulders and wonder about.   It becomes a matter of fulfilling our destiny as a team.   That will only happen as each player fulfills his own potential as a player and member of the team.

It's no longer (if it ever was) a thing of trying to keep up with the Joneses (or the Patriots) but about being the (to use a cliche) "best we can be".  It seems that Destiny is calling our name and number this year.   If we blow it-- it will be just because of THAT-- we will beat ourselves before anyone else is able to do it.   I'm hoping that I'm right in believing that each Panther player and coach believes in the team and understands we cannot look ahead or get lackadaisical, or begin to pat ourselves on the back for-- well-- accomplishing "nothing."  Being undefeated in the regular season will get you lots of accolades and applause--- but no trophy.

On a more personal level, if you were half as good of a loyal Panthers fan as you think you are, you would also be a rich man (or woman) right now.    The Super Bowl odds for the Panthers was 50--1 back in the preseason.   If you had emptied your bank account, and mortgaged your house, a $50,000 investment would have brought you a cool $2.5 million.    All I can do is keep reminding myself that "the love of money is the root of all evil"  and that we can't take it with us.

I don't know about you--- but this season is somewhat of a new, exciting twist-- and  I'm finding myself spending every possible free moment looking at anything Panther--esque.   "Panthers Huddle" and "Panthers Game Day" are both locked in on my DVR schedule.    I check the Observer Sports pages every chance that I get, or look up their "Panthers Insider" online.    I listen to ESPN and tune in to watch the entire Pre--Game show.   It's like a fantasy sports world for us Panthers fans.   I had a Redskins fan tell me not to get "too snobby" about my Panthers.   YEP-- he's right.   We can get a little TOO caught up.

It might pay us all a favor to go and pull out an old VHS tape or two of the Panthers' inaugural 1995 season, or maybe 2001 (1--15 record), ones when they were struggling just to get a first down, much less a winning season or a playoff berth.

Hey-- let's end on a positive note.  This is a different year.  Things to be truly thankful for---
The team will be heading down to New Orleans this week to face the Saints at the SuperDome in front of a home crowd of 75,000 screaming fans.   Hopefully, we will continue our modus operandi of getting points on the board early and dominating the opposing quarterback.   It doesn't hurt anything that the Saints defense is next to last in the NFL, giving up over 400 yards and 30 points per game.

Stay tuned for more Panthers blogs---
as we finish strong and head to the Playoffs !

Posted by GuiTarHeel at 6:58 PM