Panthers Get Last Laugh in Comedy of Errors

Today's home game in Charlotte with the Chicago Bears started out bad, but ended really good, for the Carolina Panthers.  After giving up three turnovers (an interception and two fumbles) that contributed to a Bears 21-7 lead in the second quarter, the Panthers started a comeback near halftime, and then won dramatically, 31-24, with a late touchdown pass. 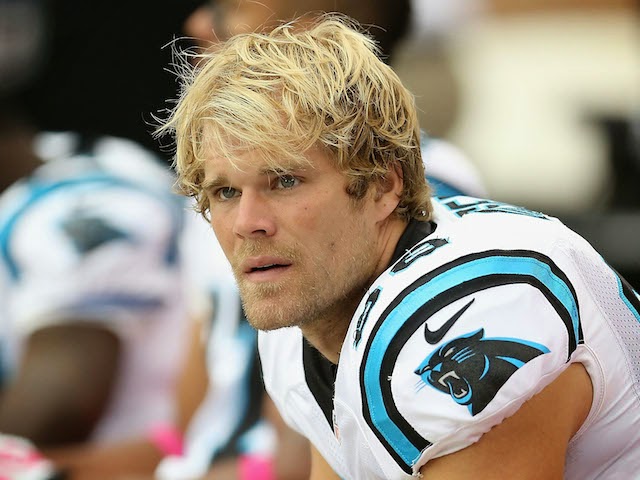 Former Bears player TE Greg Olsen deserves an MVP award as he scored the last touchdown in both halves, first bringing the Panthers within 21-14, and then scoring the winning touchdown with only two minutes to go in regulation. These two passes only accounted for 15 of his 72 total yards, but undoubtedly they were the most important.

Another MVP should go to the defense, as they forced two fumbles and made two interceptions at key points in the game, most in their second half comeback, and produced a sack on the final Bears possession that sealed the win, giving the Panthers a winning record again at 3-2, sole possession of first place in the NFC South, and momentum going into next weekend's game against the undefeated Cincinnati Bengals.

Posted by GuiTarHeel at 3:47 PM No comments:

A Tinge of Revenge

Sunday night's game against the Baltimore Ravens was more like a military ambush than a football game.  Former player STEVE SMITH (#89) was one of four Panthers wide receivers who were let go, in one form or another, this past spring.  Many fans, including this reporter, were shell-shocked at watching our home team's receiving corps become totally depleted in the space of just a few days or weeks.

Apparently, memories did not fade fast, as Smith publicly stated that he was going to "pay back" his old team when they came visiting this season.  The outcome must have been sweet for Smith, as he caught seven passes for 139 yards and (more importantly) two touchdowns. The two TD catches were dramatic and climactic, as they captured the momentum before halftime and kept it for the rest of the game, beating the Panthers, 38-10.

To add insult to injury, Smith was seen on the sidelines mocking his former team by "putting nails in their coffin" and later remarked that they could go home and "mow his lawn."  A few days after the game, Smith called in to a Charlotte radio station and proceeded to verbally shoot down the Panthers coach and general manager for letting him go, stating that he was "left out of the loop".

My own opinion is that the Panthers could and should have done whatever was necessary to keep Smith on our side.  I heard one TV sports analyst remark that the Panthers would've been nearly unstoppable if they had rookie Kelvin Benjamin (#13) on one side, and Steve Smith on the other.  I have to agree with him.

Will the Panthers get over this humiliating game that put them back at Square One (2-2), and move forward for a successful season?   Not sure.  But for many, the unpleasant memory of what might have been still lingers on.