OKAY-- here it is..  After the Panthers' monumental win over the Seahawks, their road to the playoffs will be SMOOTH SAILING from here on out.

Many of you may disagree. ALL of the Panthers' coaches and players would tell you I'm nuts.   And many of the sports writers and TV analysts would laugh in my face.  But it's true. Sunday was a TEST.  Kinda like the Emergency Broadcast System or an Algebra final.  It was to find out if we knew our stuff.   To check and see if we were up to the task.

Hey--the Panthers passed the test.  In fact, they passed with flying colors.  Give them an A+ ~! The only thing is-- they will NOT get their final grade until the end of the season.

"Are you crazy?" you may say.  Well-- maybe.  But there is a bit of method to my madness. The four-game stretch with the Seahawks/ Eagles/ Colts/ Packers looked like an unsurmountable obstacle in the Panthers' path.  But now that we've knocked off Seattle, the next three of these tough games are at Home in Bank of America Stadium.

Carolina is still undefeated at 5--0 for the second time in franchise history, having also won their first five games in 2003 when the Panthers went 11--5 and went to the Super Bowl.

It's a very strong possibility now that when we meet the Packers in three weeks, we both will be undefeated at 7-0.  It will most likely be a media frenzy.   It will be The Game that everyone will focus on the entire week.   And rightly so.   Most sports analysts have rated the Packers the Top Team in the NFL.  In the Power Rankings, they are #1 and the Panthers are #4.  But more than a spectacle, that game will be another TEST.  The only thing is-- as the season gets longer, each test we face will NOT only be scored on wins & losses, but in our character and how we bounce back.  And just as I said that a loss to Seattle wouldn't have ruined our season, neither will the Packers game. It will just show us once again what we are made of, and if we've got what it takes.

After the Green Bay game, the only thing that stands between us and the playoffs are three games in December against division foes Atlanta and New Orleans.   If I know this team like I think that I do, by that time, we will be riding so high that no one will be able to defeat us, and if they do, it won't really matter, at least not in the big picture.   I predicted before the season that we would be 11-5 this year.  I'm going to go out on a limb and say that I was wrong.  I think the Panthers will be at least 13-3, win the NFC South for a record third straight year, and head into the playoffs as the Top or 2nd seed in the NFC.

Like I said before-- there is a key to all of this working out according to plan. This little bit of genius that I've shared with you is meant to stay between you and me.   The Panthers team must NOT find out that they have crossed over the top of the mountain and the rest of their season will now be downhill.   They must continue to approach the rest of the year just as they've done up until now.  They must work even longer.  They must struggle even harder.

Because you see-- my prediction is solely based on our Panthers NOT believing it's true.  If they begin to think for one minute that the rest of the NFL is going to lie down and let them roll over them, then my whole argument loses its weight.

I'll tell you-- I was a doubter.  I wondered if they could do it.   I felt strongly that if our team were to fall to Seattle, it might result in an avalanche in which our whole season might tumble off of a cliff into the ravine.   And even on Sunday, it wasn't until the fourth quarter that I really began to believe again.  One of my friends shared that he sorta lost hope when the team fell behind 20--7.  I must admit that I was despondent too, with my proverbial "tail-between-my-legs".  I was drowning my sorrows with a cup of sweet tea. (HA!)

I admit to you that the Panthers did NOT look like much the first three quarters of the game. It seemed like "old hat"-- the same predictable start slow, make a run, and then stumble late in the game.   But somehow we metamorphed into a totally different animal in the last few minutes of the game.  Coaches made calls.   Players made plays.  We got some breaks. Everything seemed to gel for us.

One statistic that makes this clear is QB Cam Newton's passing.  In the first three quarters, he was 8 for 21 with two interceptions.  Down the stretch, he was an amazing 12 for 15 and a touchdown.

And what a touchdown it was!

With about nine minutes left in the third quarter, Seattle scored to make it 20--7.  Things were beginning to look bleak.  The fact that there was plenty of time left in the game didn't really help my outlook.  I just looked at it as more opportunities for Seattle to pour it on.  It looked like it could be a blowout.   But then things suddenly changed.

RB Jonathan Stewart scored on two one-yard runs, first near the end of the third quarter, and the second with about four minutes to go in the game.   Even so, the Seahawks added a field goal, and it was 23--20 with only 2:20 left on the clock when the Panthers took over for the last time on their own 20 yard line.  For the second time in a row, Carolina marched down the field, this time with Newton completing a perfect 6-for-6 passes, amazingly going to six different receivers (Stewart, Ginn, Dickson, Funchess, Cotchery and Olsen).

The final play on the drive was the 26-yard touchdown pass scored with only 32 ticks on the scoreboard clock.   TE Greg Olsen was wide open on the play, and he joked that it was pulled out of their playbook.   It actually was a broken play, with two Seattle defensive backs getting mixed signals and neither covering the receiver.   Hey-- we'll take it.   Even though he wasn't covered, Olsen still had to catch the ball, and it was a perfect throw by Newton. 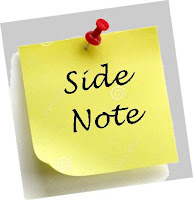 I invited my pastor to watch the game with me on a Big Screen at one of our favorite local restaurants.  He brought three of his kids with him.   I forewarned him on the last Panthers drive that if they made a big play or scored, I would react somewhat out of control.   He assured me that he and his kids could handle it.  And they did.  Whenever Olsen caught that pass, I started howling and screaming, and I don't think that I stopped for two or three minutes.

Newton finished 20-for-36 for 269 yard with The Touchdown and two interceptions.  Stewart had 78 rushing yards on 20 carries and Olsen finished with seven catches for 131 yards.   Kuechly led the Panthers defense with 14 tackles in his first start since leaving in the first game with a concussion.

QUOTE OF THE WEEK

Posted by GuiTarHeel at 8:45 PM