Deja Vu All Over Again

Our NFC divisional playoff game opponent in Charlotte this coming Sunday, Jan. 12 now has a name : the San Francisco 49'ers.   A little bit of a surprise, to tell you the truth.  Shouldn't be.   I had picked the Eagles to beat the Saints and come play us, but although it was a close game (most of the wild card game were),  I was wrong.   The Eagles, along with the Chiefs, Bengals and Packers, are now sitting at home watching the games, instead of playing them.   It's down to four games and eight teams.  Our rival New Orleans Saints travel up to Seattle, as big underdogs to beat the Seahawks and perhaps play us (or the 49'ers) for the NFC Championship.  And on the AFC side, the Colts battle the Patriots and the Chargers go against their division rival Broncos for a third time this season.

As always, I'd like to be able to say that we are going to dominate and blow this game out, and win in convincing fashion, but suffice to say, if it were possible, I would predict an even closer game than last time, and of course, we won by one point in the Week 10 game in San Francisco, 10-9.  Time will only tell what will actually happen, but I feel that an overtime game is not out of the realm of possibility.  I'm hoping for the best, but planning for the worst.  It may come down to a field goal again, as it did in the earlier game.  Our kicker Graham Gano booted a 53-yarder with ten minutes to go, and then we held the 49ers to two punts and an interception.  Chances are this time that it will be just as close, and perhaps go down to the closing seconds, not minutes.

Game conditions look to be very good, a lot better than the last home game, where the Panthers played in a downpour at times in beating the Saints to win the NFC South title.  Temperatures should be around 50 degrees, with a wind of 10mph or so.

Reports are that 49er WR Michael Crabtree and TE Vernon Davis, both out for most or all of the previous game with the Panthers, will be available and playing on Sunday.  As for the Panthers, WR Steve Smith, who left the Atlanta game with a knee injury, will be back on Sunday, as well as RB Jonathan Stewart and DT Colin Cole.  Both teams should be at "full force" for this ultra-important Divisional Playoff showdown.

If.. no, when.. we beat the 49ers, our next opponent in the NFC Championship Game on Sunday, Jan. 19 will be either the New Orleans Saints or the Seattle Seahawks.  First things first- we have to beat the 49ers on Sunday, but next order of business is our next game's opponent, and this is a big deal as well.   The Seahawks are heavily favored, and if they do win, we would be heading off to Seattle to play them on their home field where they have not lost since last year.  They were a perfect 8-0 at home during the 2013 regular season.  Should the Saints pull an upset, they will have to come to Charlotte, where we will host our first-ever NFC Championship Game.  The Panthers have been in three NFC Championship Games previously, but all away, at Green Bay, Seattle, and Philadelphia.  Only one of those, at Philly in 2003, resulted in a victory and our only Super Bowl appearance.  It goes without saying that we would prefer to play this conference championship game at home in Bank of America stadium. 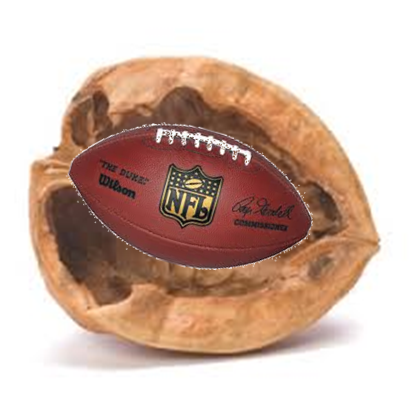 
Sounds so Simple- but it isn't.
Go Panthers!