The Carolina Panthers are G-r-r-r-eat! 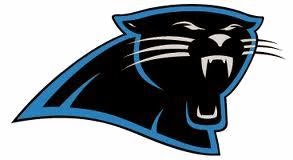 Let's face it.. not many of us gave our Panthers much of a chance at the beginning of the year.   They had something like 300-1 odds of making it to the Super Bowl.   If we're brutally honest, most people that have been wearing Panthers team gear- tees, sweatshirts, caps- over the last few years have done so, not necessarily out of team pride, but probably from habit.

But.. things have changed!

Our offense is good.  In fact, it has been very good.  QB Cam Newton has been playing some of the best, smartest football of his brief NFL career.  Wide receivers Brandon LaFell and Ted Ginn have served as more than adequate in teaming up with perennial all-pro Steve Smith.  And the Panthers running game with DeAngelo Williams, Jonathan Stewart and the amazing FB Mike Tolbert keep grinding out the yardage, with Newton doing his part with some amazing scrambles and quarterback keepers.

Absolutely no gripes here about our offense.  They've helped to win some ball games for us.  But I doubt that they would have ever been in position to pull out a victory, if it were not for our amazing defensive team.  The Panthers "D" is rated in the NFL "Top 5" in almost every category.  The most amazing statistic of all is that the Panthers defense is rated #1 in the NFL in scoring, only allowing 13.1 ppg (157 total points allowed).  They also have only given up an avg. of 289 ypg, and only 80 ypg rushing. 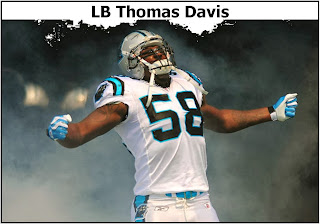 It's only fitting that LB Thomas Davis received the honor of NFL Defensive Player of the Month for November.  Teammate Luke Kuechly, only in his second NFL season, has drawn most of the attention and accolades since winning the NFL Rookie of the Year award last year. While Kuechly is well-deserving in his own right, Davis holds the dubious distinction of having missed most of the last three seasons with major ACL injuries to his right knee.  It is nothing short of amazing that Davis is still playing, much less to the high level that he has shown this season.  He is tied with Kuechly for most tackles (63) on the team.  He is recognized as a leader, not just of the defense, but on the entire Panthers team.

It would take hours and pages of text to go into all of the many contributions that have been made this season by players on both sides of the ball, but especially our defense.  Our front four has been amazing, continually providing pressure on the opposing team's quarterback, and leaving him little room or time to find passing targets.  Our secondary, much aligned at the start of the season, lost starting S Charles Godfrey and still managed to put together a group that has performed admirably throughout this winning streak.

I am sure we are leaving many players out that have contributed.  Our kicker and punter have been practically flawless.  There are many subs on the team who have rotated in and out of games and contributed.  Every man on this 53-player roster deserves to be congratulated for his efforts during this amazing and historic Panthers season.