This is a first-- for the Carolina Panthers franchise-- and frankly, for EVERYONE-- players, coaches, fans, sports writers-- all of us.  There is literally NO ONE -- well wait, I take THAT back--- maybe offensive coordinator Mike Shula--- but he was only seven years old when his dad Don Shula's Miami Dolphins team went 17--0 in the 1972 season and beat the Washington Redskins 14--7 to win the Super Bowl.

I'm NOT a big fan of statistics.   I probably would be-- if most of them held true.   But it's a FACT-- not a statistic-- that statistics usually lie or deceive.   They do NOT always paint the true picture.   But here are a few of them for you to consider, and if you choose, to throw away--- like I always do.

When the Panthers were 7--0, my friend and I were talking and he said, "You know what going 7--0 guarantees you, don't ya?"   And he answered his own question, "It guarantees that you'll be at LEAST 7--9".    Wow--- Most of us Panthers fans are probably in orbit now.  It takes an honest perspective like his to really center you and take you back down to reality.

What do I think?   I've seen people asking, "Do you think the Panthers could run the table?"  That is--- go undefeated--- 16--0.   It doesn't take a wizard to look back and remember the 2007 New England Patriots.   They were touted as the supreme team of the decade.  They won all sixteen regular season games and two playoff games to enter the Super Bowl at 18--0.

There were practically no oddsmakers favoring the New York Giants, although just over a month before, the two teams had met in New York and the Patriots had just squeaked by the Giants, 38--35.   It would've appeared at that point that the two teams were almost equally matched.  But the Patriots undefeated record stood in the way of anyone looking at the game in a logical way.  Every football fan knows what happened next.  The Giants narrowly defeated the Patriots in the final moments of the game to spoil their undefeated season and this game has been mentioned in the greatest upsets of all time, right up there with the Jets' 1969 victory over the Colts.

What does ALL of this prove?   Absolutely NOTHING.   Before you label me a traitor or a naysayer, I'm NOT.   I'm just as much a Believer as anyone else.   I firmly believe that this ---could be--- our year to go ALL the way.    But if we do, it won't necessarily be because we went 8--0.  You can see that by how many other teams have fallen by the wayside over the years. 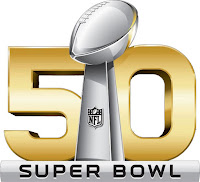 What is positive from ALL of this is that we don't have to be like ALL of the other teams.  We can continue playing well --- and get even better.   We can cut down on our mistakes and make even more big plays.   The Panthers players can ALL be clutch performers and do what they need to do to take us to The Big Game--- and win it.     Wouldn't it be something if our Panthers got to play in (and win!) the 50th Anniversary Super Bowl, and  Jerry's prediction can finally come true-- ten years later.

Just remember the age--old cliche-- don't count your chickens before they hatch.  We've got a ways to go.   Hey.  I remember my past blogs.   (HA HA)
I still maintain all of the things that I said in both of those (and all my other) blogs.  I'm just saying that ALL of these things are --dependent-- on us playing up to our potential.    We also have to avoid late season injuries and mistakes.    We can keep up this momentum and maintain our advantage.  But as they say, you still have to PLAY the game.

Right now-- I'm a fan who's wishing that he might have took the Vegas odds in August and bet on the Panthers to go to the Super Bowl.   Hindsight is 20/20.    But just because we are on the bandwagon and it's playing our tune-- we've still got some serious games to play over the next couple of months.

Let's hope we defy history and become one of those 38% that didn't let down but took it to the max and went all the way. 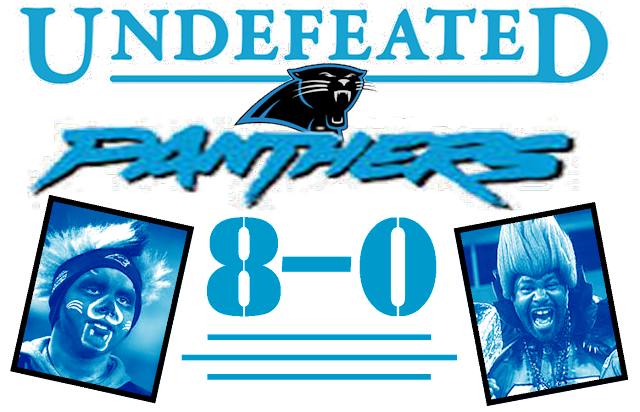 Posted by GuiTarHeel at 7:56 AM