Mondays are not usually anyone's favorite day. It's the first day of the new work week.  The day that working people dread all weekend.  It's often a day that gives folks the 'blah's'.  But for the Carolina Panthers and their fans, today's not just an average run-of-the-mill Monday.  It's the gloomy day after the Steelers game, where they lost at home by 37-19. In fact, they didn't just lose...they got blasted!  It will be six long days until the Panthers have a chance to redeem themselves on the road against ex-Panther Steve Smith and the Baltimore Ravens. 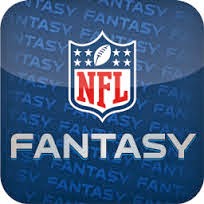 Picture with me, if you can, the Monday after Super Bowl Sunday.  It is Feb. 8, 2016. The Carolina Panthers have just returned from Santa Clara, CA from the 50th Anniversary Super Bowl game, winning the championship by a field goal in overtime.


{This is for the most part fantasy.  So, neither do I totally discount the Panthers getting to the 2015 game in Phoenix, nor am I giving a "Joe Namath" guarantee of a Super Bowl win, especially several months in advance. But I like the "ring" of winning the 50th Anniversary game.}

The team bus is now pulling into the stadium parking lot, having just brought the team from the Charlotte airport.  Literally, thousands of screaming, cheering Panthers fans are on hand to greet their team and its players. Tomorrow, the team's victory will be celebrated with a ticker tape parade in downtown Charlotte.


[Now, WAKE UP!]
__________________ {musical interlude} _________________
THE REALITY OF THE SITUATION
﻿
I happen to be staying in Charlotte this week with my Dad, who is in the hospital.  I got out today for the second time in three days for a nice walk.  My nice walk ended up being almost three hours and six miles, and took me to downtown and to Panthers (Bank of America) Stadium.   A few joggers and walkers passed by on the sidewalk.  A mother  strolling with her baby.  But Panthers fans?  They were long gone.  An enthusiastic crowd from Sunday night was nowhere to be found.  They had faded from view immediately after the devastating loss.  And they will continue to be lost from view for at least the next two weekends.


While head coach Ron Rivera was quick to point out Sunday's devastating loss to the Steelers as being a team issue, rookie Philly Brown was "singing the blues" after the game, and asked Rivera to let him give a one-man apology to his teammates.  Coach Rivera refused, stating the obvious : no one man, or one play, was the reason for the Panthers' defeat- it was a total team meltdown.

However, there were a couple of key plays that helped spell the Panthers' terrible fate.

At the beginning of the second half, QB Cam Newton was sacked and fumbled the ball at the Carolina 17.  Five plays later, after a Panthers penalty on a field goal attempt gave them a first down, Steelers QB Ben Roethlisberger threw a 7-yard touchdown pass.

The other, probably more critical, was Brown's kickoff fumble in the fourth quarter, which then was re-fumbled into the end zone, and recovered by a Steelers player for a quickie touchdown.  This is not a play that was in anybody's playbook.  It was somewhat akin to Peyton Manning's fumble on a hike in last year's Super Bowl, a real game-changer. It changed the mood and motivation of the entire night. It came just after a Panthers score [which brought the Panthers to within 10 points], and a defensive stop.  It also ruined an otherwise good performance by Brown, who caught six receptions.

This last critical error gave the Steelers a 17-point lead in the fourth quarter, and they simply coasted from there to the finish.

The Panthers could not have looked any more different from their first two wins and this third game loss.  They were dominating in parts of those games.  They looked helpless in this game vs. the Steelers.

Instead of 3-0, a perfect record, and atop the NFC South standings, the Panthers stand 2-1, and in a tie for the division lead with their arch rival Atlanta Falcons.  Carolina probably is facing their toughest stretch of games in the next "half-season"- eight games against top league opponents : @ Baltimore, CHICAGO, @ Cincinnati, @ Green Bay, SEATTLE, NEW ORLEANS, @ Philadelphia, & ATLANTA.

It's entirely possible for Carolina to have a losing record by their BYE during Thanksgiving week.  Let's hope the Panthers will instead bounce back and look significantly better than they did on Sunday night, more like the 12-4 division champion team from last year, or the 2-0 team of just a short week ago.  There's no doubt in most people's minds that this team can beat any of those eight opponents, if they are playing up to their highest potential.  This was the 2nd-highest rated defense in the NFL a year ago, and they had the Defensive Player of the Year in Luke Kuechly.

There's no telling where the next eight games will take us.  But let's hope it's down a different road than the one we travelled on Sunday night.

Posted by GuiTarHeel at 7:04 PM