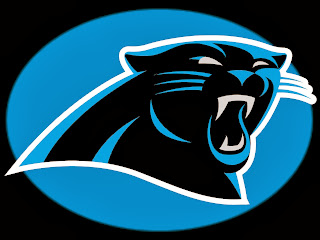 It seems that this season has just been one big game after another.  First, there was opening day, where we blew an opportunity to beat the Seattle Seahawks.   Then there were the back-to-back games against the San Francisco 49'ers and the New England Patriots, both of which we won by a combined total of five points.  And finally, the two home-and-away games with division rival New Orleans Saints.   Each of these games had its own significance.  The Seattle game ultimately cost us first seed in the playoffs and home-field advantage.  The 49ers-Patriots games kept our winning streak and playoff hopes alive in the middle of the season.  And the second of the two Saints games [at which I was present!] sealed the NFC South division championship and elevated us from the fifth to the second seed, giving us a bye week and a home playoff game.

We don't even know who our next opponent is yet, but what we do know is that whichever team we play in the NFC Divisional Playoff game on Sunday, Jan. 12, this will be ANOTHER big game, for our opponent will be the team that stands between us and a berth in the NFC Championship Game, and eventually, a trip to the Super Bowl.  When the Panthers learn who this opponent is, they will focus in on preparing for this particular team.  But so far, their focus is just on themselves, and their desire and motivation to take this season on to its ultimate goal: a championship.  There are six teams in each conference that are still alive, but four of these twelve will go home after this coming weekend.  And then, there will be four teams in each conference.  And then, ultimately, two teams..


As I thought over all of this, it became so clear and simple to me how extremely easy our job is : we only have to win –TWO- games, just two.. and we will be in the Super Bowl.  Three games- and we win an NFL Championship!  Do the Panthers coaches and players know just how very little we have to do to accomplish such a wonderful prize ?  I’m oversimplifying their task, it’s not so much the mathematical algorithms that make our job more difficult, but the fact that each and every team that’s left in this wild chase has the same set of goals and desires and motivations.  Each team is unique and different, but each team’s goal is the same.  And only one can ultimately win and attain this goal.  Kinda scary, isn’t it?  And exciting at the same time.  It’s do-or-die time.

I found out during the past couple of days that I was slightly incorrect in announcing the possible opponents for the Panthers playoff game.  The first possibility is that we will play the Philadelphia Eagles, if they win against the New Orleans Saints.  If the Saints win, then we will play the winner of the 49'ers-Packers game.  I had forgotten the simple NFL Playoff protocol- that is, that the top two seeds will play the lowest and highest seeds that emerge from this weekend's Wild Card games.  The Seattle Seahawks, who hold the #1 seed, will play the LOWER seed among the two Wild card winners.  The Panthers, who hold the #2 seed, will play the HIGHER of the two wild card winners.

My picks for this weekend's games:  NFC: Eagles over Saints, 49'ers over Packers.  AFC: Bengals over Chargers, Chiefs over Colts.  We'll see how I do.. if my predictions are accurate, we will be playing the Eagles next weekend.  But during the postseason, any team can beat any other team.  The competition is so much better than during the regular season, plus each team has the greater motivation of making a run to the Super Bowl.

We've got the week off. Time to recuperate and rest.  Time for injuries to heal.  Next week, the Panthers will focus in again on beating their opponent, which will by then have a name.  My own personal opinion is not so much that we -WILL- win or go to the Super Bowl, but rather a more general perception: we have just as much a chance as anyone else.  Our defense is awesome, leading the NFL in several categories. Our offense has been adequate, with average stats, but the ability to make plays when it counted.  So now it does count- more than ever before.  We will see if we have what it takes.

The excitement is building to a crescendo peak. I feel as if I cannot wait until our next game, but I know that I can and will wait, but not without great anticipation.  If we win next Sunday, the excitement will undoubtedly rise to an almost untolerable level, knowing that one more win will send us off to the Super Bowl. It's been ten long years!  Will it happen?  Maybe not. But maybe it will happen.  And if so, perhaps this will be our year to win it all.  I also realize that there are twelve teams out there now, and there are probably fans out there writing blogs for their favorite team, and probably writing similar words to what I am writing here. But- (ha) after this weekend, there will be four less teams doing that. I hope and anticipate that we will be the last team left to celebrate.  If so, then I will be writing the “Mother of all Panthers blogs”.