About as Great as it Gets 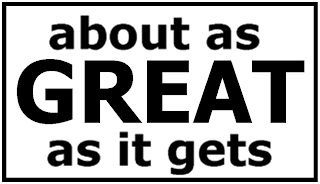 I was sitting in the stands at Bank of America Stadium on Sunday, sometime in the third quarter.  The game between the Panthers & Saints had been somewhat unexciting up to this point, at least to most.  [It still perked my interest, because of all that was riding on the game.  I was in on about every play during this game.]  My previous week's blog post had crossed my mind, being titled by a Ron Rivera quote, "This weeks game is about as BIG as it gets." And I was contemplating what the title of this next post would be.  And I thought about a movie I had seen several

years ago, with Jack Nicholson and Helen Hunt, entitled "As Good As It Gets," and just about settled on plagiarizing the title.  Even though the game was somewhat slow and dull, it still held meaning for both teams.   A field goal had been added to a super 43-yard touchdown run by DeAngelo Williams just before halftime, and the score stood 10-6 Panthers.  While I had been previously tentative about being confident of a victory, now our team had a four-point lead.  And the defense was playing extremely well today.  I was thinking how "good" it would be if we just held on another quarter and eked out a win. 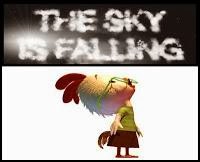 It was good.. even though around this time, the sky had fallen out, and over 70,000 of us fans had been thoroughly soaked and drenched by the storm.  It had been overcast the whole game, but except for a few sprinkles, I had hoped the rain would hold off for another hour or so.  Not to happen.  Even with our coats, caps and ponchos, we were a soggy mess.  My pants became a sponge, and we endured the rest of the game with no relief.  I had even brought a change of clothes, and the rain managed to soak into the bag and ruin those garments as well.

And then it happened.  Not a cloud.  Not a rainstorm.  Not a shower.  But it still came like an unexpected hurricane.  The final five minutes of this game were like an eternity.

In the middle of the fourth quarter, the Saints were pinned down inside the five-yard line by a great Panthers punt.  Everything seemed wonderful, except the Saints started to move the ball downfield.  One by one, QB Drew Brees' passes were completed for short to medium-length gains.  Plays that were not working all game long were suddenly succeeding.  The ball came all the way down to the Panthers 9-yard line, and I thought, "we can hold 'em".  They may get a field goal, but we'll keep them from crossing the goal line.  Well, two plays later, my feelings had suddenly changed, as the Saints scored and had actually taken the lead, 13-10.

So-- what do I do?   Now write a post entitled "As Bad as it Gets?"  No-- I had decided-- we were going to come back and win.  With just under five minutes to go in the game, the Panthers had just gone three-and-out and punted once again to the Saints.  My friend suggested that we leave the stadium early and avoid the rush.  He had given up on the Panthers coming back.  I relented, asking him to stay awhile.  I implored him to not give up, something good was going to happen, just believe.  Somehow I had a tremendous faith in this Panthers team to make something happen.    Once again, with two minutes left in the game, the Panthers again go three-and-out, and despite our pleading from the stands for them to "go-for-it", they decided to give up the ball.  At this time, my friend was imperative, "let's go", but I insisted that we stay.  He said, "okay, but if the Saints get a first down, we're going to go."  I agreed.  But the Panthers held them.

The rest is sorta "history," as they say.  It was the most unbelievable 32 seconds of football that I had ever witnessed.  At least that I can remember. 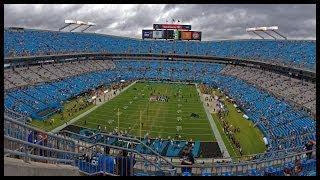 Here's some Video Highlights of the game.. from YouTube..
a bit better than my videos..
http://www.youtube.com/watch?v=1qZckE2D1Tg

A Panthers player would later relate that QB Cam Newton, when entering the Panthers huddle, simply said, "Let's get it done."  And so they did.  First, a phenomenal pass play with Ted Ginn Jr. hauling in a bullet for 37 yards.  Then from the Saints 28, two 14-yard passes, separated by a spiked ball to kill the clock, put the ball into the end zone.  The last play, with a mere 23 seconds left on the clock, went to sub WR Dominik Hixon, who had only caught four previous passes the entire season.  He made a phenomenal catch, pulling in a pass just inches off the turf, to put the Panthers up for good, 17-13.  Later it would be said that the pass was thrown so that no one but Hixon could have caught it.  It was so close that the referees had to review the play to determine if it was indeed a touchdown.


MY NEW FRIENDS & FANS --JASON & DILLON-- WHOOPING IT UP!
[If you guys are reading & watching this.. sorry the video is sideways.. I'm gonna get that fixed soon!]

Have there been greater comebacks?  Well.. maybe.  But this one was for my eyes to behold.  It was an incredible display of will and perfect execution in the midst of chaos.   Our team hung in there, and made it happen, when it counted.  Even though the rest of the game was, for the most part, lackluster offensively, our defense held strong, holding the Saints to a mere 13 points, and leaving the door open at the end for our team to come back and win the game in dramatic fashion.

A word should be inserted here about our great Panthers defense.  LB Luke Kuechly had an awesome game, registering a league-tying 25 tackles, and earning the NFL Defensive Player of the Week honors.  The rest of the defense was almost equally great, with the front line sacking Brees six times and also having two interceptions.

YES.. this was about "as Great as it Gets"..  however, I'm hoping for even BETTER.  Is that too much to expect?   Well.. not from this fan.   I am a believer.   And I'll keep believing until the very end.   Let's all hope the end doesn't happen until February.

Posted by GuiTarHeel at 1:06 PM